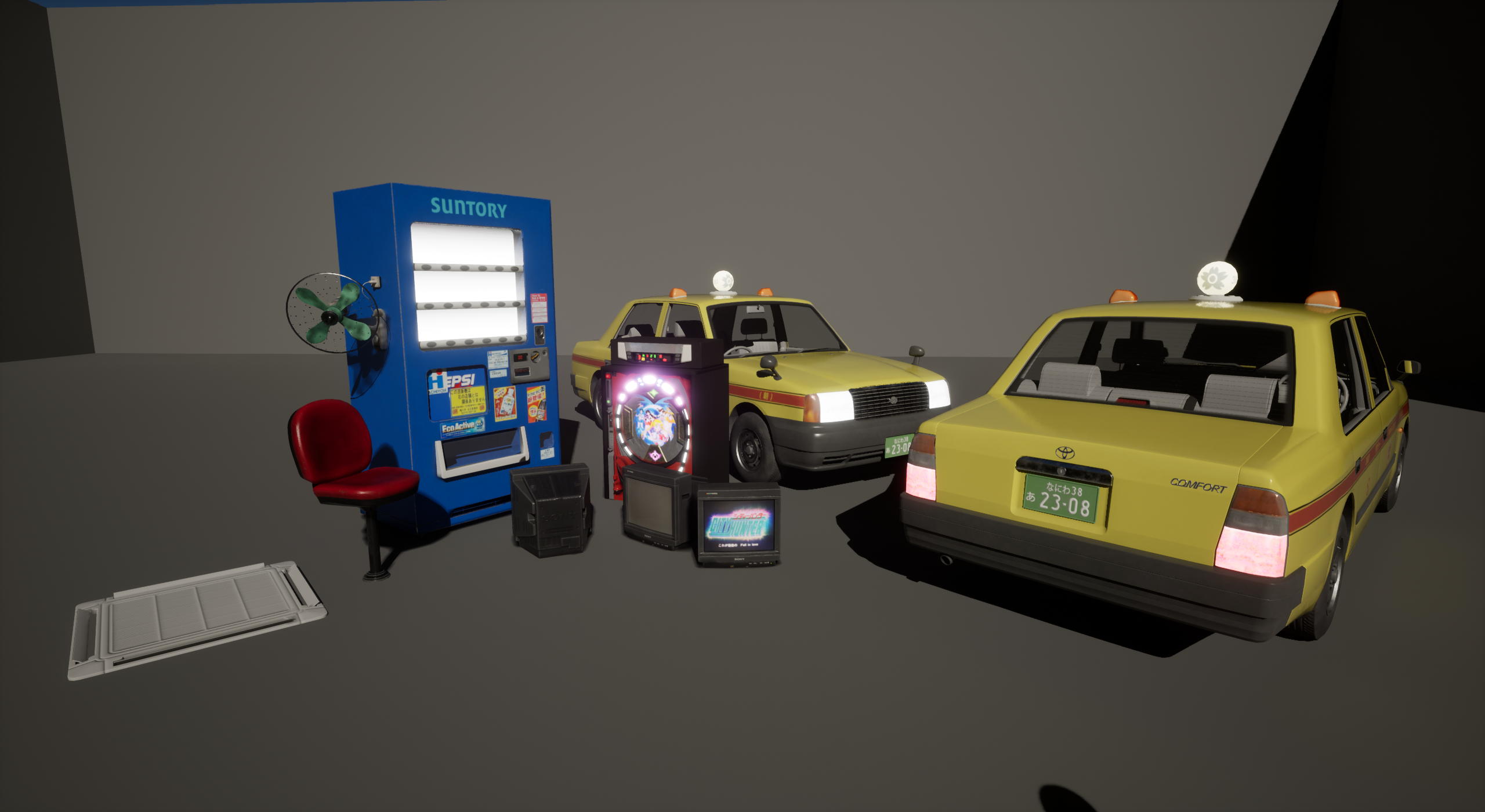 Since early February of 2019, I've been working on a building up an environment that can help encapsulate a somewhat gritty interpretation of a 1990's style Pachinko Parlor, that would be reminiscent of Kabukicho and Osaka in Japan. Big influences come from the Yakuza franchises and pieces from the famous photographer Daido Moriyama.

The workflow is Maya for models and UV's, Texturing in Substance Painter and Designer with decals made in photoshop and assets are output to Unreal Engine 4, patch 4.24 using both Ray Tracing and Rasterised rendering methods. The models shown are all created by me. 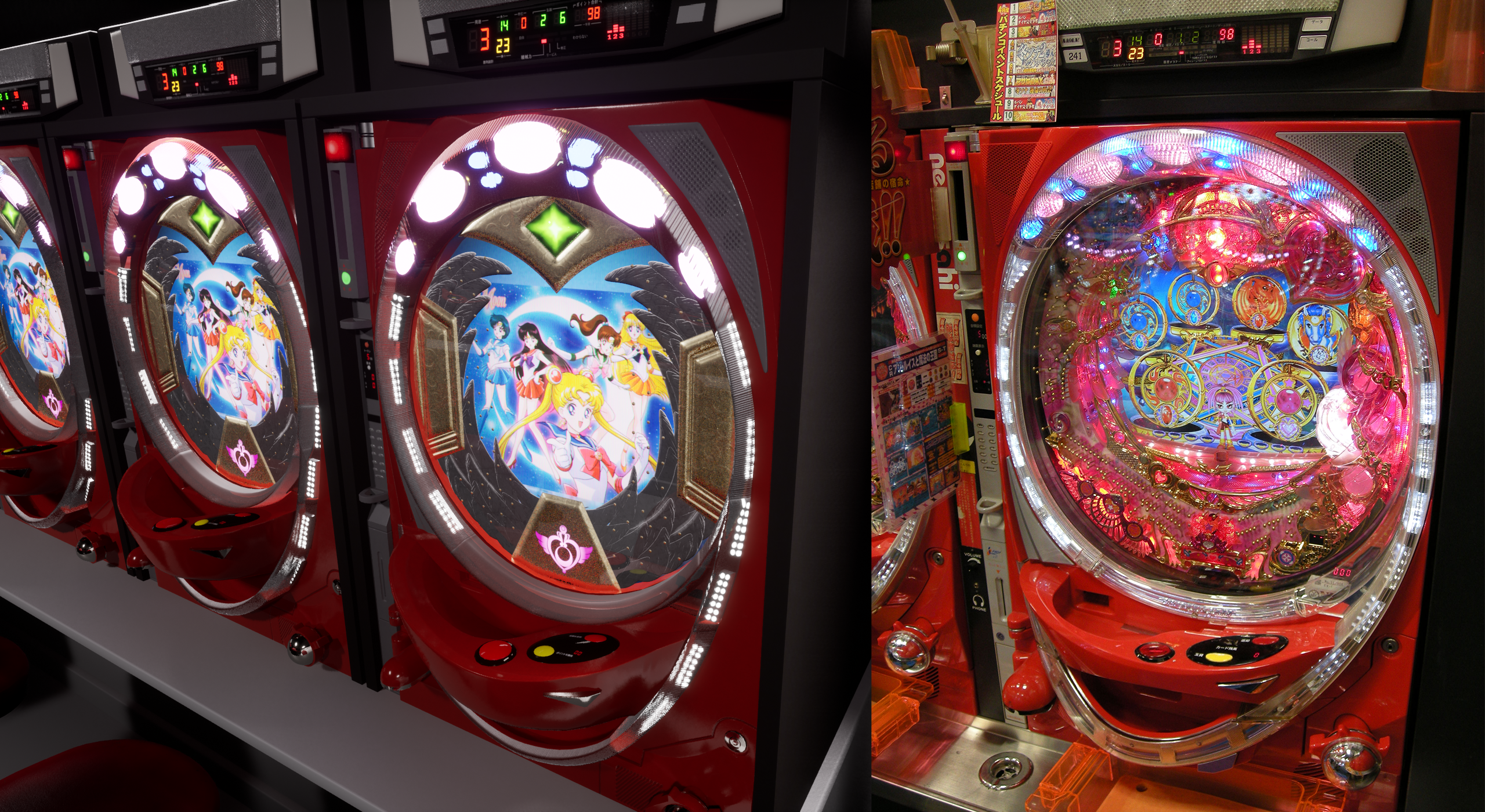 Pachinko machine is based off of a similar machine in real life, with a slightly altered design and a new interior. 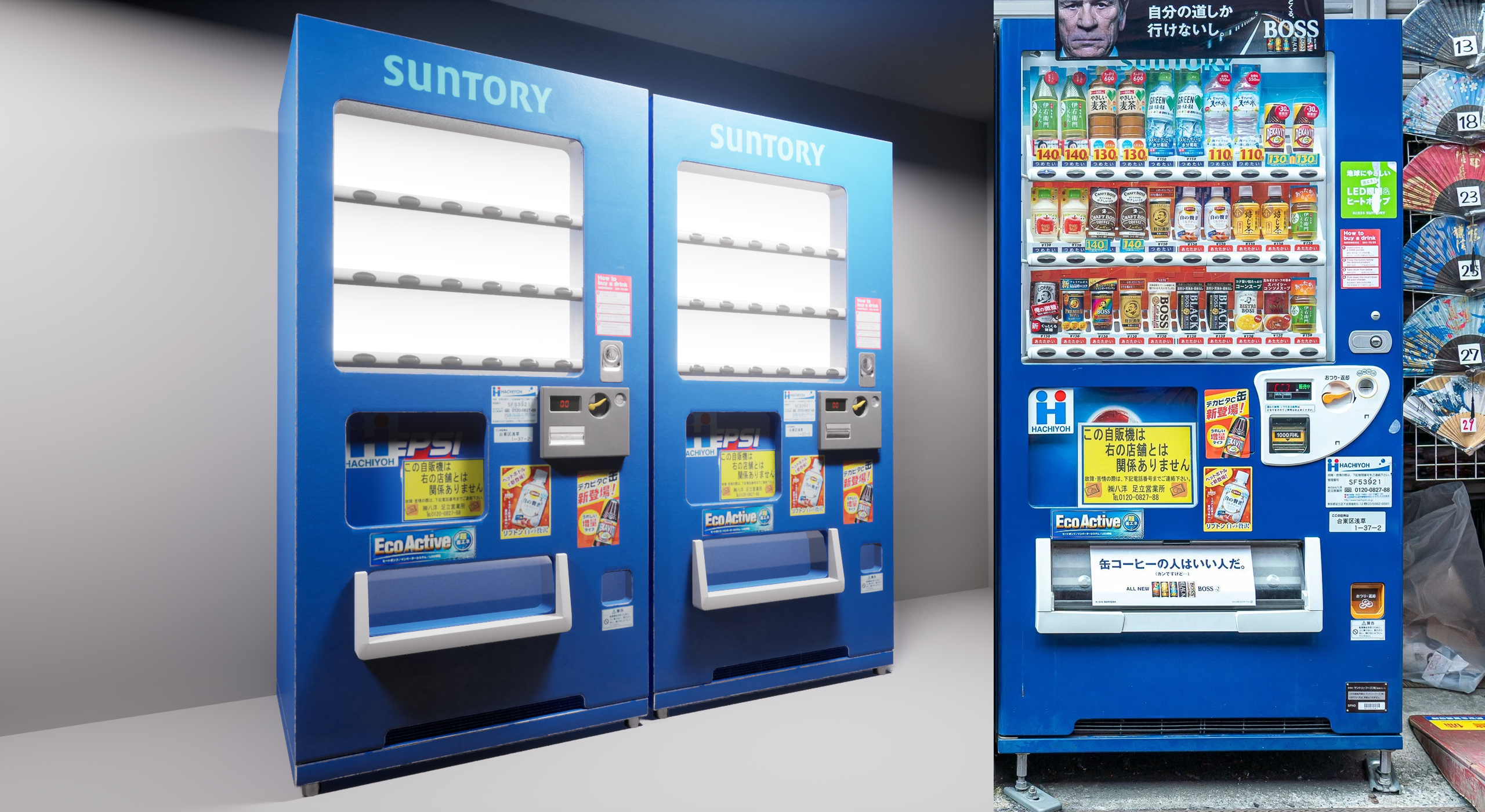 I wanted to capture the iconic styling of a Japanese vending machine, but to age it a little, I used older style interfacing. Down the line I will include beverages from the 90's and add them into the machine. 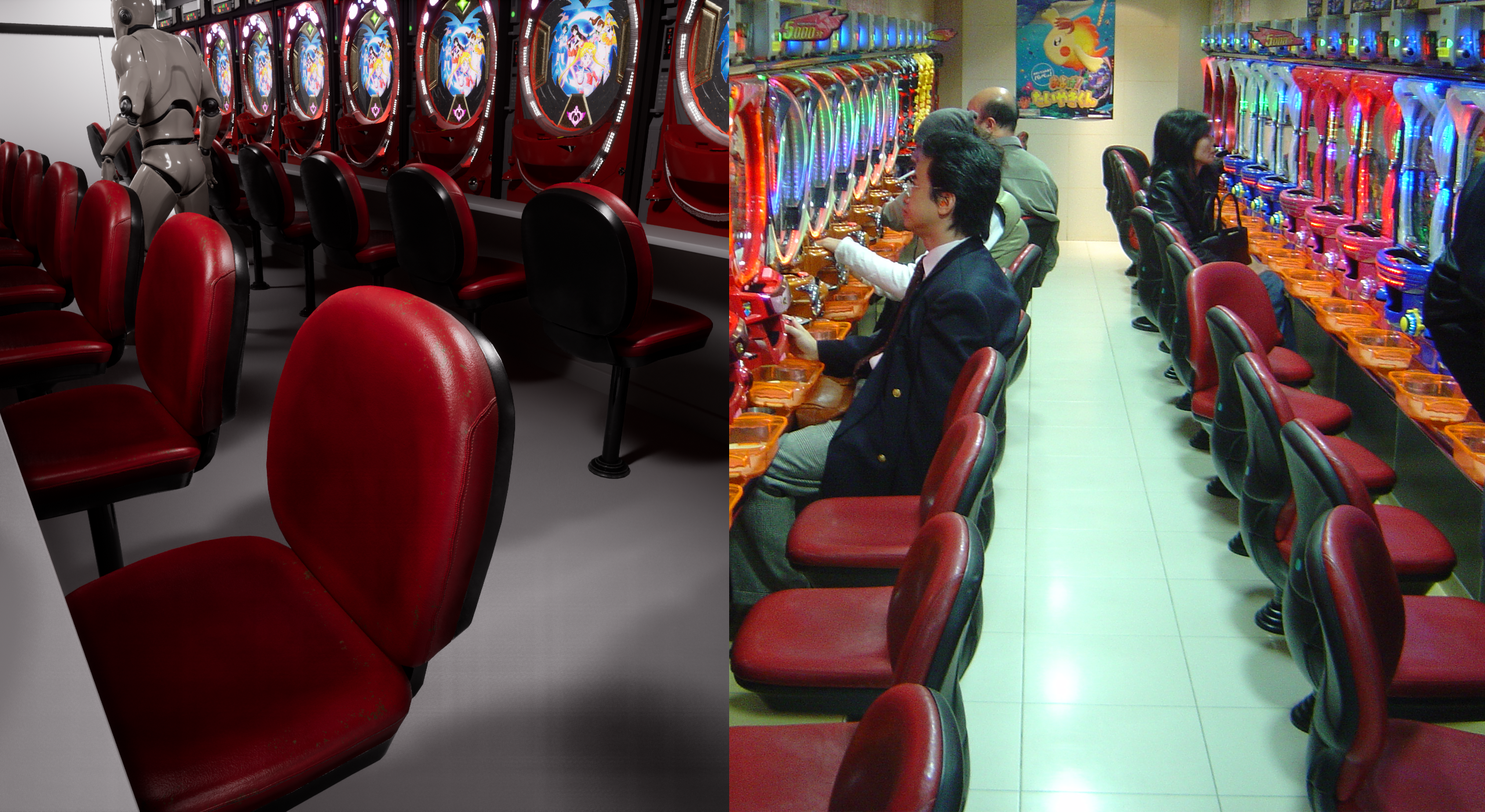 The chairs aren't quite the same, but I really liked the loud red seats. Just to add a little more I added a bit of wear to the painted metal and the leather stains. The bridge between the seat and backrest was made more in line with a cheap office chair. 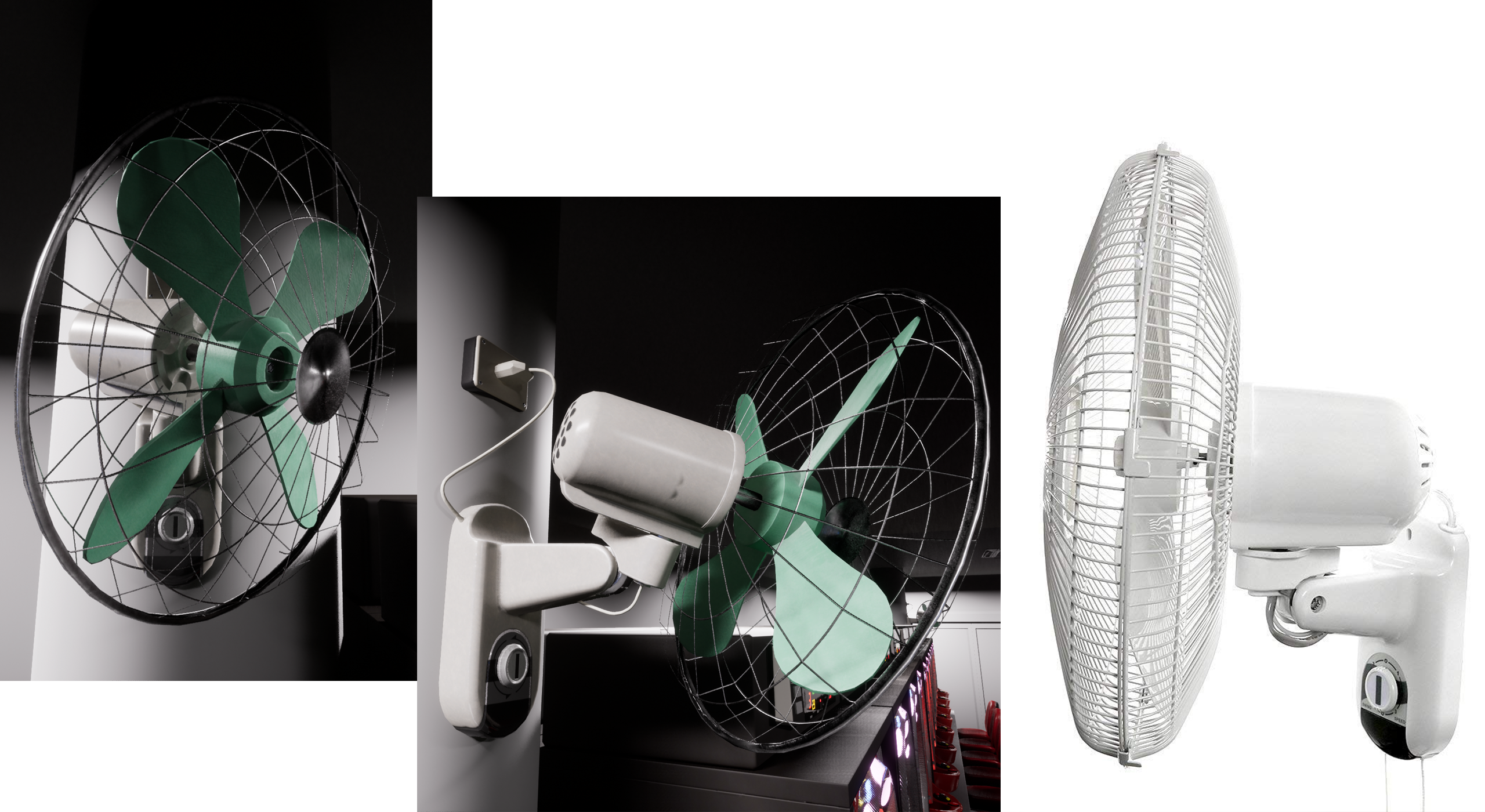 I aimed to have the fan look as cheap and old as I can, so I opted out of having the painted mesh and went for bare metal, and went for a cheap plastic look on the fan blades. 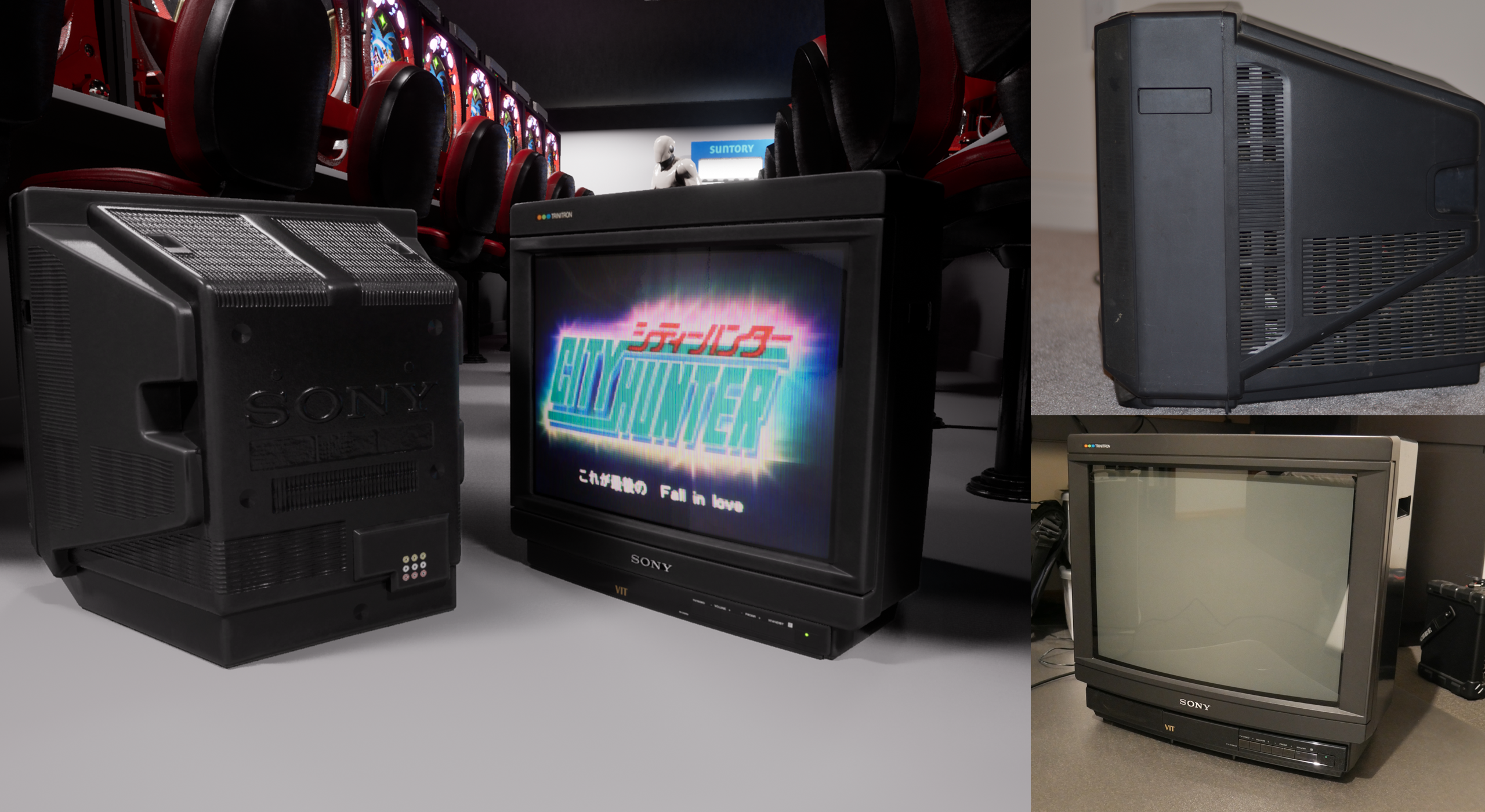 The TV is based off of 2 different Sony Trinitron's Frankensteined together to make a single TV unit. I had a lot of fun with this. I payed tribute to one of my favourite anime City Hunter which was airing in the late 80's and early 90's.

You can view more of this model here: Sony CRT TV 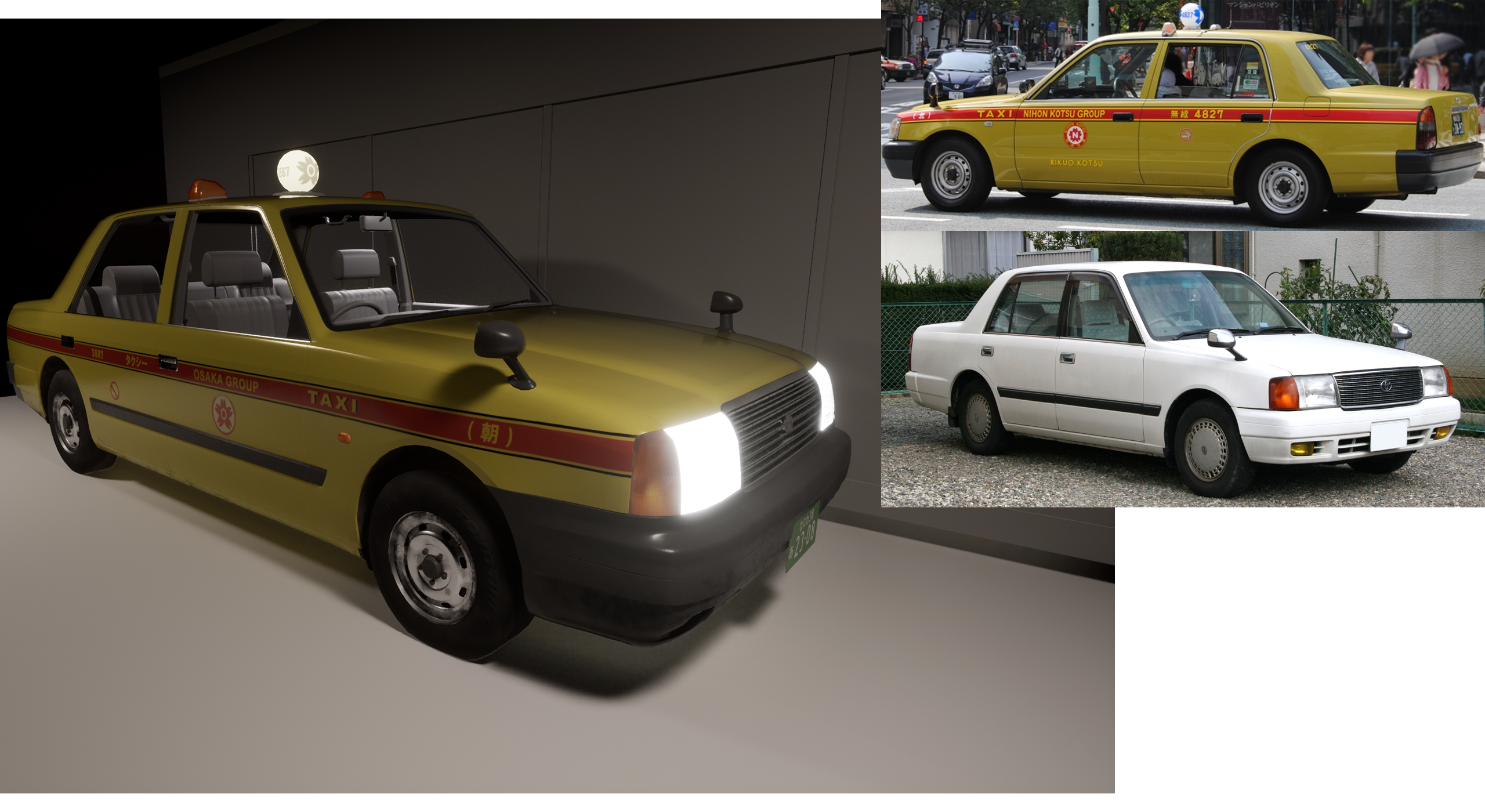 This taxi is the famous Toyota comfort, which can be found everywhere in Japan and are synonymous with cabs in Japan during the 90's and even today. This model was made last year, but since has been updated with shaders to fix some of the old issues I had with Ray Tracing in UE4. You can see more about the model here: Toyota Comfort in RTX Unreal Engine 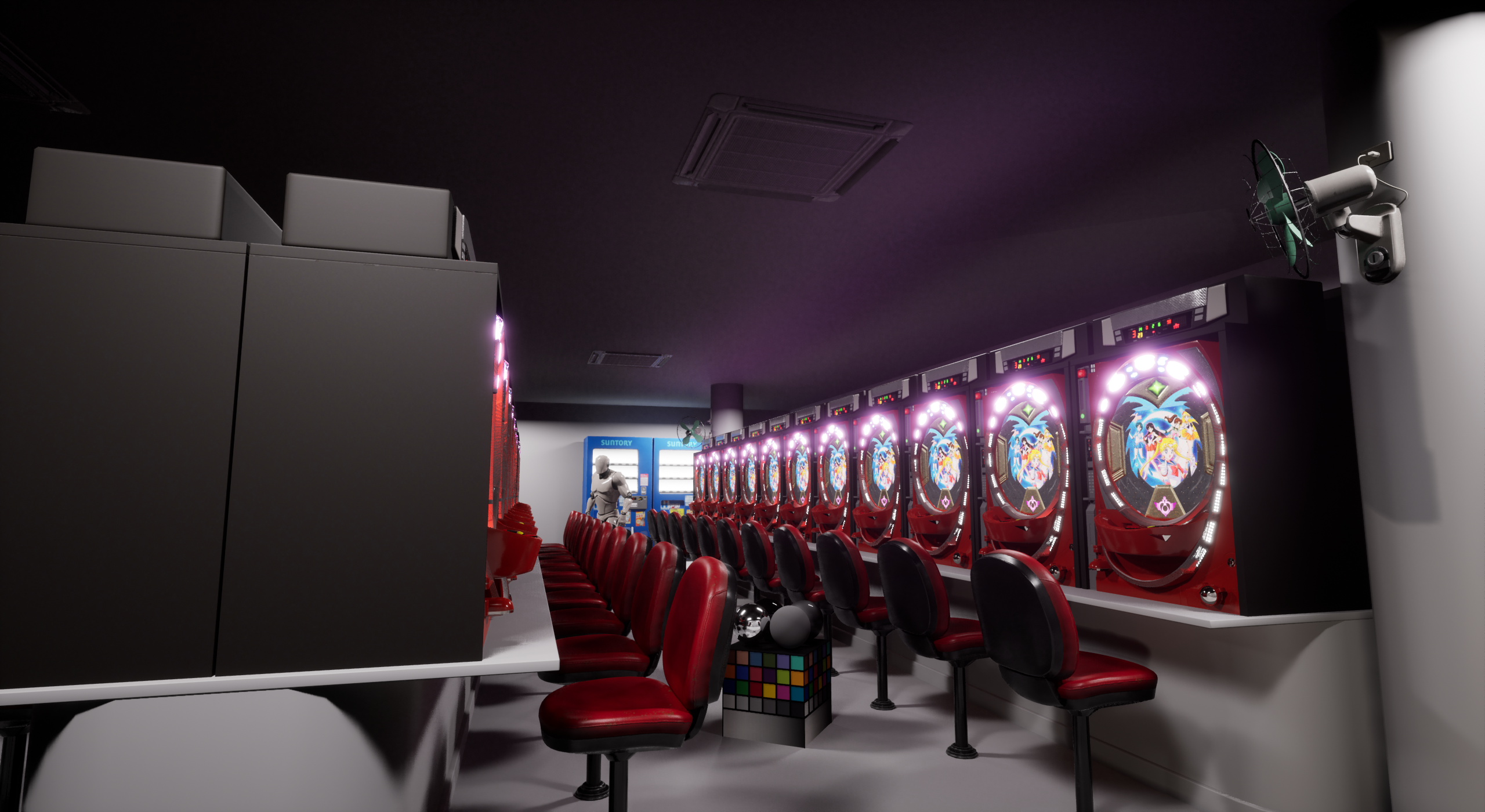 Here is a shot of the final blockout of the scene. It looks a little bare now but once I create more small assets and make some grunge maps the scene will have more pop and look more gritty and used.